CCI at Seminar on Urban Design 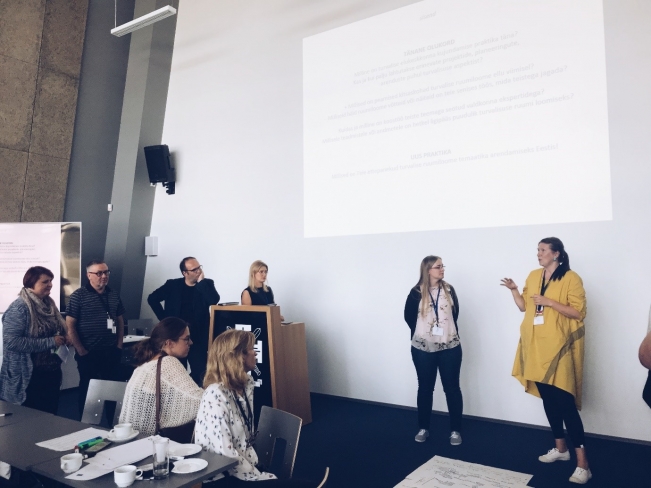 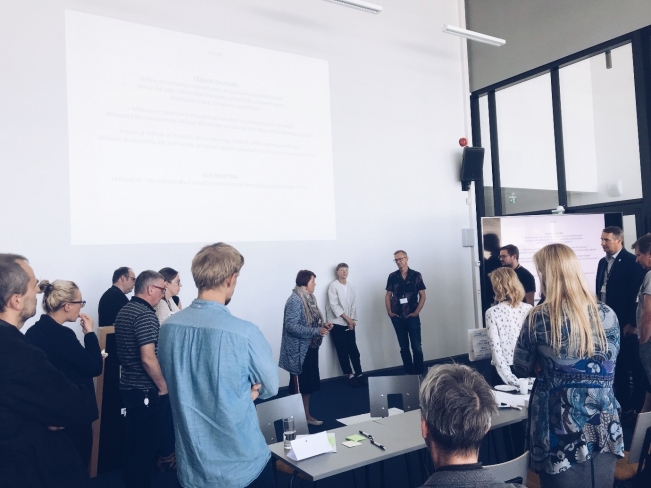 On 17.06, a seminar on urban design took place in the premises of the new building of the Estonian Academy of Security Sciences, bringing together architects, city planners, urbanists and other space creation specialists in order to discuss the current situation and the future plans together with police officers.

The seminar took place in the framework of the CCI project, one of the focus topics of is crime prevention through urban design. The day’s opening words were spoken by Anu Leps from the Ministry of Justice, who also spoke about the CPTED manual for police officers that was completed in 2015. This was followed by thought exercise in groups. Each group was introduced to an area problematic for the police and possible solutions were sought to it. The processes of the thought exercises were extremely interesting and the participants were able to highlight their unique observations based on their specialty. A result of the thought exercises was the overall understanding that making public places safer is not simply a matter of improving the lighting conditions and much more complex circumstances need to be taken into account. The most important overall thought was human centred approach and the perception of spatial psychology.

The day continued with a report of Toomas Paaver, an architect and a doctoral student at EKA. Paaver highlighted that the most important thing in planning a safe environment is the perceptual distinction between public and private space with proper proportions to it. An interesting thought for the future collaboration between the police and architects was the use of statistical data. Paaver highlighted that architects could use statistical data about crime when creating safe space, giving them an opportunity to analyse the relations between the crime occurred thus far and the space it has occurred in, as well as plan the future space in a crime-preventive way.

Also, Maria Derlõš, the head of the Linnalabor and Lasnaidee projects, shared her experience by introducing the success story of the Raadiku area of Tallinn. The lingering thought from the report of Derlõš was the importance of engaging the community and the fact that not always can crime prevention be achieved by spatial design alone and that instead, various social and psychological factors are highly influential in the matter. The example of Raadiku area shows more than 3,000 people living together in a small municipal dwelling area, all having widely different backgrounds, and the crime level in the area is high. Through engaging the community, Raadiku area has been rendered gradually a safer place.

In the second part of the day, we were gathering input for the tool to be created in the framework of the CCI Project. During group works, we sought answers to the question of what the current situation is regarding the planning of safe urban space, what was being monitored and how the process takes place. Additionally, it was explored how safety could be paid more attention in the future and what would make the practitioners’ work easier. Different groups proposed different thoughts and solutions that will be used as a basis for developing the tool. For example, the establishment of metrics for creating safe space and the establishment of clear codes of conduct were brought up, as well as the establishment of a new data layer for city planners and architects. There was also an interesting expressed thought of educating spatial creation specialists on the topics of behavioural psychology, but also integrating the topics of safety and spatial planning into the existing curricula in a scope more extensive than before. It is important to increase the awareness of specialists and to increase their mutual collaboration.
The conducting of the work seminar in an open and free format provided the project with an extremely necessary input and also confirmed the topic’s relevance. The project team will summarise the work seminar’s results and in the period of July 2019 – February 2020, works will continue to gather more information and to develope the new tool for practicioners.

Send us a message using the form opposite, or email us.

email. info@cuttingcrimeimpact.eu
Your message has been successfully sent
Cookies Definitions

CCI Project may use cookies to memorise the data you use when logging to CCI website, gather statistics to optimise the functionality of the website and to carry out marketing campaigns based on your interests.

They allow you to browse the website and use its applications as well as to access secure areas of the website. Without these cookies, the services you have requested cannot be provided.
These cookies are necessary to allow the main functionality of the website and they are activated automatically when you enter this website. They store user preferences for site usage so that you do not need to reconfigure the site each time you visit it.
These cookies direct advertising according to the interests of each user so as to direct advertising campaigns, taking into account the tastes of users, and they also limit the number of times you see the ad, helping to measure the effectiveness of advertising and the success of the website organisation.

Required Cookies The cookies allow to customize the commercial offers that are presented to you, considering your interests. They can be our own or third party cookies. Please, be advised that, even if you do not accept these cookies, you will receive commercial offers, but do not match your preferences.

Functional Cookies These cookies are necessary to allow the main functionality of the website and they are activated automatically when you enter this website. They store user preferences for site usage so that you do not need to reconfigure the site each time you visit it.

Advertising Cookies These cookies direct advertising according to the interests of each user so as to direct advertising campaigns, taking into account the tastes of users, and they also limit the number of times you see the ad, helping to measure the effectiveness of advertising and the success of the website organisation.